Film Screening and Q&A: "The Long Breakup" Between Russia and Ukraine 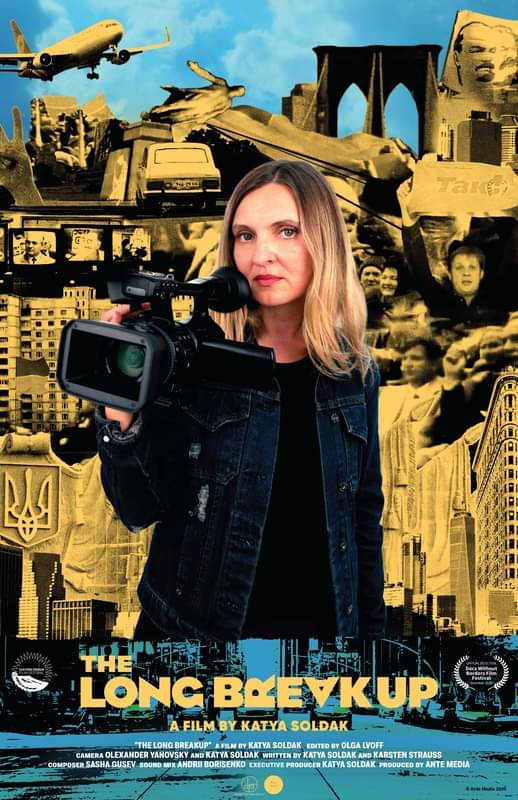 Join the Duke University Libraries for a special screening of the 2020 documentary film The Long Breakup, followed by a Q&A with the director, Ukrainian-American journalist Katya Soldak.

The Long Breakup explores Ukraine's struggle to escape Russia's embrace, leave its Soviet past behind, and become a truly independent country. Ukrainian-American journalist Katya Soldak, of Forbes Magazine, tells the story of her home country as it exits the USSR, works through two revolutions, and endures a war with Russia—all through the eyes of her family and friends in Kharkiv, a large Ukrainian city only 18 miles from the Russian border.

The program takes viewers on an intimate journey that illustrates how big geopolitical changes affect people on a personal level and explores what happens when democracy slips away and a nation must fight for the right to choose its future.

Filmed over the course of a decade, it offers insight into what it's like for an immigrant to watch her country go through crises from afar and offers an intimate portrait of life in the young, former Soviet country.

Katya Soldak is a New-York-based journalist and the editorial director of Forbes Media’s international editions. Her writing for Forbes focuses on Eastern Europe and anything related to Post-Soviet territory. She is also the author of a memoir-essay "This Is How Propaganda Works," about growing up in the Soviet Union.

This event is co-sponsored by Duke's Center for Russian, Eurasian, and East European Studies.