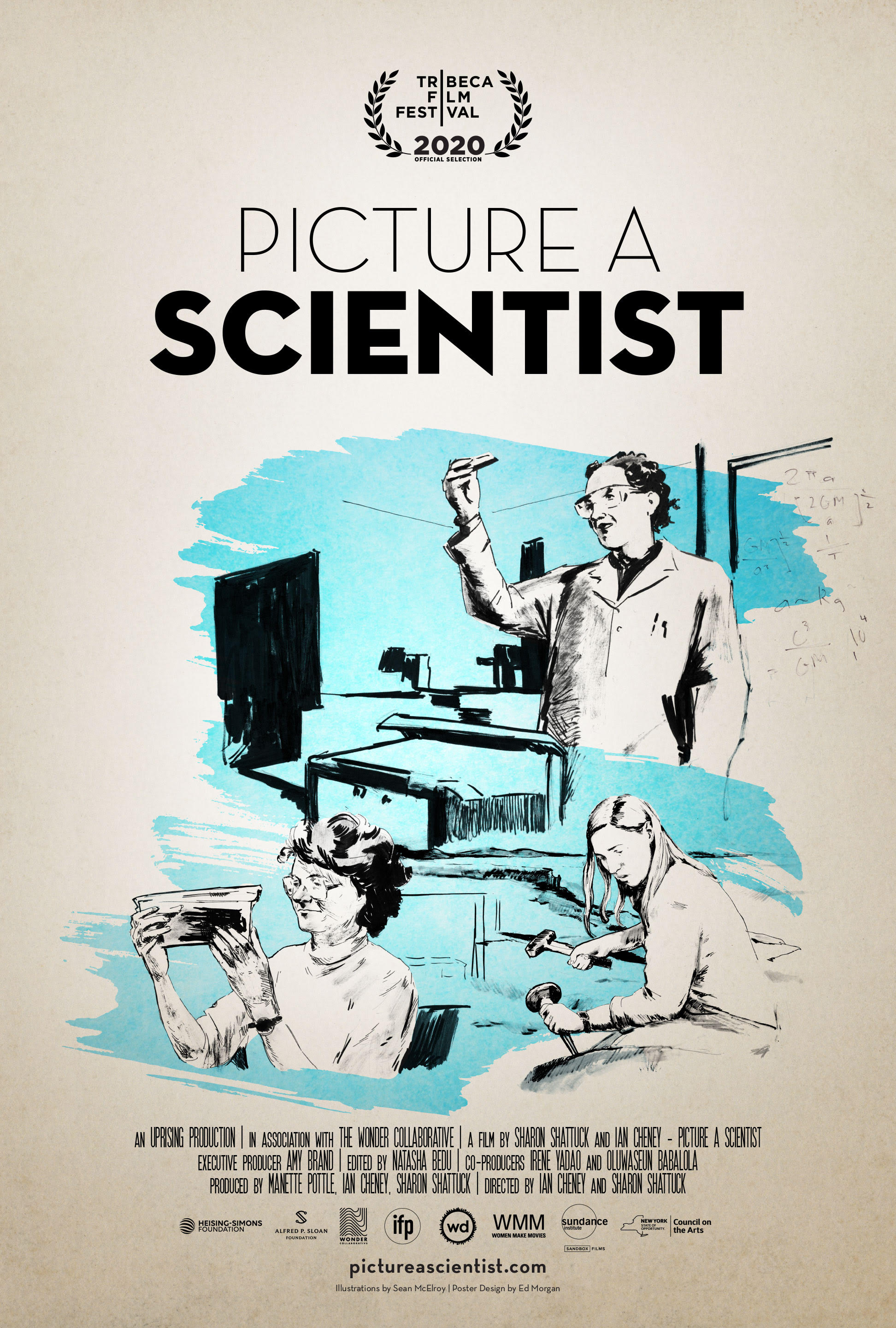 Please register online by 12:00 p.m., September 30, to receive the link to watch the film.

Join the Duke University Libraries and Women in Science and Engineering (WiSE) for a virtual movie screening of the new documentary Picture a Scientist (2020).

An official selection for the 2020 Tribeca Film Festival, this documentary covers women scientists who are challenging norms in a variety of scientific fields to make science more diverse, equitable, and inclusive for everyone.

Please register to receive the link for the screening room and watch the film at your own convenience any time between 12:00 p.m. Friday, October 2, and midnight, Sunday, October 4. We will be hosting an online discussion about the film on October 6. More details about that to come soon. Hope to see you all there!

Picture a Scientist is a feature-length documentary film chronicling the groundswell of researchers who are writing a new chapter for women scientists. A biologist, a chemist and a geologist lead viewers on a journey deep into their own experiences in the sciences, overcoming brutal harassment, institutional discrimination, and years of subtle slights to revolutionize the culture of science. From cramped laboratories to spectacular field stations, we also encounter scientific luminaries who provide new perspectives on how to make science itself more diverse, equitable, and open to all.

Featuring geologist Jane Willenbring, chemist Raychelle Burks, and biologist Nancy Hopkins, as well as key social scientists working to understand and reduce gender bias in the sciences, Picture a Scientist brings diversity in science into sharp view at a critical time. The current pandemic is a call to action for scientists to work together globally, with a multitude of different perspectives, to defeat COVID-19. For too long, women and other minorities in science have been left out or driven out, stymied by a system of harassment, discrimination, and general bias. “Any impediment to advancing minorities in science is an impediment to science itself,” says Sharon Shattuck, co-director of Picture a Scientist.

Scheduled to premiere at the postponed 2020 Tribeca Film Festival, Picture a Scientist paints a nuanced, emotional but unflinching portrait of the struggles women in science have faced, in recent decades up to today. The film challenges audiences of all backgrounds and genders to question their own implicit biases and move toward change.